USE ANTI-GRAFFITI TINTING & FILM TO PROTECT AGAINST VANDALISM

Acid graffiti is becoming more common in Phoenix & Tuscon. The acid itself is from an etching product that can easily be bought at any craft store and applied directly from the container. Once burned into the glass it is expensive to repair. Graffiti film can prevent the damage by acting as an acid resistant protective layer that is also easily removed when damage is incurred. 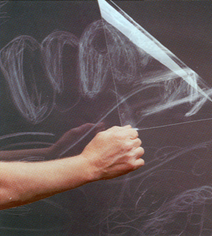 Vandalism is more than just a nuisance and eyesore, it’s also a huge financial drain to public and private budgets. The cost of repeatedly replacing windows and glass that has been scratched up or marked with spray-paint can end up being prohibitive, not to mention time consuming and disruptive.

Anti-Graffiti Film is our window coating for the commercial and retail marketplace. When vandals do strike, it won’t be permanent. The window stays put, and just the film is replaced, at a fraction of the cost.

Glass etching graffiti is similar to acid etching graffiti. Glass cutters, knifes, or other sharp objects such as keys are used to carve designs into windows. Scratch-resistant film works perfectly against this. Vandals will scratch the easily replaced and inexpensive film but not the glass itself.